One of the many greenhouse gases that are causing trouble in the way of creating a greener environment is carbon dioxide. The carbon footprint of humans is in dire need of reduction and better awareness can accomplish that.

Since the industrial revolution, humans have developed multiple systems that emit greenhouse gases including carbon dioxide. While these systems provide immense benefits to improve life, we are at risk of destroying the environment. And with the environment in danger, all these benefits will be in vain.

Unfortunately, humans have failed to balance the number of inventions that emit greenhouse gases with those that remove them. Therefore, we are constantly increasing the amount of carbon dioxide emission as the years pass by. In order to reduce the carbon footprint, humans need to start investing in solutions to close the carbon dioxide cycle, convert it into usable energies, or reduce emissions. It is significant to ensure that these solutions are eco-friendly.

In the following article, we will discuss greener methods of removing carbon dioxide from the atmosphere:

Over the past decade or so, we can witness that the number of vehicles has increased on the road. Despite the introduction of better public transport options, people still prefer using personal vehicles. There are plenty of reasons behind this preference but it can’t be denied that an increasing number of vehicles is a stimulator of air pollution.

When it comes to carbon emissions, transport is considered one of the biggest sources. Cities no longer experience clear blue skies because the vehicles keep emitting and the technologies for removing the gases are fewer and not being implemented effectively.

Apart from vehicles, there are other sources of carbon dioxide emission as well. For example, factories, appliances used domestically and commercially, commercial machines, industrial plants, etc.

One way to reduce the carbon emissions is to implement air capture technologies. We can make green living possible if these technologies can be made common.

These technologies can be used for capturing carbon dioxide from the atmosphere and convert into clean fuel. It is an incredible green method to reduce carbon emissions if water, air, and renewable energies are used as the only inputs.

A paper published by a company called Carbon Engineering stated that capturing CO2 from the air is not that costly.  A ton of carbon could be captured from the atmosphere with a cost of around $600 in 2011. But it was reduced to between $94 and $232 recently. The paper continues to tell that any of the renewable energies can be used to suck out CO2 from the air at an even cheaper cost.

In the social circles that have been fighting for climate change, this air capturing technology is quickly making waves. People have been quick to realize how defective this could be to reduce carbon emissions. Furthermore, the fact that it does not require too much money is also making it a highly acceptable form of removing carbon dioxide from the atmosphere.

While converting the captured CO2 into usable and clean fuel seems like an effective implementation, it will be better to actually put back the CO2 into the geosphere; meaning below ground. The carbon that is below ground prevents the biosphere – above round – from rising temperatures. It is important to understand that we have been removing carbon from below ground and emitting it above ground, which is not natural. This is why surface temperatures are rising and an inevitable climate change is in the future.

The concept of retiring CO2 to the geosphere may become necessary if we exceed our carbon budget. The carbon budget has been agreed to be as no more than 2 degrees Celsius rise in global average temperatures. This is the target that the world agreed upon in Paris.

Benefits for Current and Future Generations

One of the major benefits we can offer the current generation with reducing the carbon footprint is not just about a cleaner atmosphere. With reduced carbon, people will be able to enjoy clean fuel, natural temperatures, and cheaper energies. We will not only be saving our health but financially as well.

What Do We need to Do? 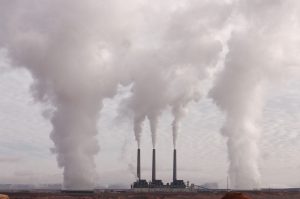 Even after discussing the air capturing technology; how it is effective and cheap, it is important to mention that there is an even cheaper solution than that. Instead of relying on such advanced technologies to reduce carbon dioxide, we can actually change our lifestyle choices. Civilians and businesses alike need to become socially responsible.

The simple acts of switching off the lights when not in use can contribute to the reduction of carbon in the atmosphere. We can lower the usage of hot water while taking a bath or washing the clothes. Talking about washing the clothes, we can also reduce the use of dryers. They are definitely a convenient appliance for domestic use but we can certainly dry clothes naturally to reduce the carbon footprint.

Given how the summers are becoming warmer and winters becoming colder, it is easy to fall back on the use of luxuries that emit carbon. It is a vicious cycle. The reason our climate is becoming unnatural is that we refuse to bear certain inconveniences. If we accept to manage without the excessive use of modern luxuries for a few years, we can make a positive significant impact on climate control. Both direct and indirect contributions towards carbon dioxide emission must be reduced in order to see a considerable change in the environment.

It is time we realize that carbon and other greenhouse gases can destroy the earth’s atmosphere. We need to become responsible for us and the future.

Very interesting article! I am not going to pretend that I know a lot but after reading your article I see that this is a problem that has to be addressed. It basically requires a change of mind from all of us and yes I agree that we can all contribute a little by doing the things you mentioned.

Thanks for taking some time to read this article. You are right, a change of mind is required that can only happen if the right information is given and raising the awareness of the consequences of using certain products.