The Reality of Factory Farming

The Reality of Factory Farming

One of the things that COVID-19 brought attention to is the importance of choosing what to eat and making sure that it is safe for consumption. It is a subject that is often discussed throughout the world, but not a lot of people pay attention to its significance.

Each country has a different type of wet market that offers the type of meat-based on the culture and preference of the people of that particular country. Additionally, religion, too, plays a critical role in determining what is permissible to be sold in the market. For example, cows are considered sacred in India, which is why India does not allow them to be consumed by anyone in the country.

It is common for people to focus on their religion and their preferences. However, they rarely pay attention to the factor that hygiene, the health of the animal, and the conditions in which it was kept also play a critical role in determining if the animals are safe to consume.

Industrial as well as agricultural practices play a significant role in public health. If an industry is following inappropriate practices, it increases the chances of animal infection, and hence the transmission of that infection to humans when they consume the animal.

Practices of factory farms have been a topic of constant debate in the past couple of months. According to experts, the animals are kept in unhygienic conditions, treated ill, or slaughtered irrespective of the fact that they carry a disease, which makes them dangerous for consumption.

Zootonic disease is one example of the dangers that follow these practices. According to reports, the disease has high fatality rates and is being transferred to humans by consuming pigs that were kept in inappropriate conditions.

Most of these pigs are ill to the severity that they aren’t able to survive themselves, and the ones that are able to, are being slaughtered and presented for human consumption. Hence, we can easily understand the impact it can have on humans.

It all comes down to laws and regulation, wet markets poorly regulated and factory farming receive way to many passes to in the end do what they want.

The entire world feeds on different types of meat. However, very few people pay attention to the conditions in which the animal was kept or the feed that they were raised on. Many companies claim that their animals are raised on organic feed, but verifying that information is difficult for an ordinary consumer especially when the government doesn’t heavily regulate the industry and allows “Self-regulation”..

In light of recent events, it has come to everyone’s attention how infections can easily transmit from animals to humans. Hence, a lot of countries have started taking measures to ensure that the animals are raised in optimum conditions to ensure they are safe for consumption.

A lot of animal-transmitted disease pandemics have taken over the world in the past decades, and they will continue to do so unless we start focusing on the importance of safe meat or changing our eating habits.

It’s interesting how regressive this is, meat production came to life as hunting was considered primitive and there were questions about the quality of the meat. Meat production was supposed to be the healthier, safer option.

Today it isn’t. Initially, there were rules and regulations in place to ensure that the conditions in which the meat is being produced and distributed are at the required level to deliver high-quality food to the general public.

As corporations are getting more power over decision-makers we all have seen a decline in implementing established rules or even creating waivers for not having to comply with those regulations. The result? Recall of bad batches of meat delivered and/or people getting sick for consuming those. 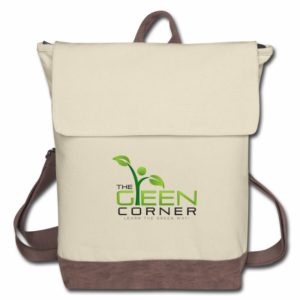 Free Keywords for your Writing: